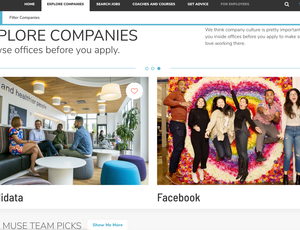 The Muse, a popular recruitment site for millennial women, has made its second acquisition

The Muse, a New York-based, content-rich recruitment site that matches job seekers and all kinds of information about different career paths, as well as with companies that are hiring, has made it second acquisition, picking up TalentShare, a year-old, HR software-as-a service company. TalentShare has been focused on enabling companies to share high-quality candidates that they didn’t hire but would recommend to other companies that are in the market for talent. Terms aren’t being disclosed, but four of TalentShare’s five-member team are joining The Muse. In fact, those new employees will help The Muse in establishing a second office in San Francisco. 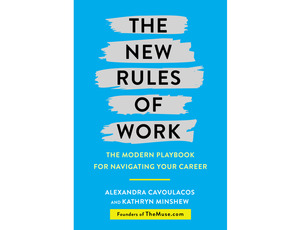 Kathryn Minshew and Alex Cavoulacos are proud of their careers, and no wonder. They’re co-founders of the New York-based career site The Muse, which offers job opportunities, skill-building courses, coaching and video profiles meant to show what it’s like to work at different companies. They’ve beefed up their own executive ranks with several new hires: Sharon Feder as chief content officer, Owen Adams as SVP of product and Kara Walsh as CMO. 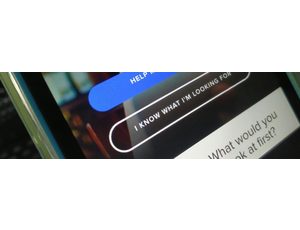 The Muse, a job search website aimed at millennials, has raised a further $16 million as it looks to push out into more markets. Before today, the company had raised almost $13 million, so the latest funding takes its total investment to around the $29 million mark. The latest Series B round was led by Icon Ventures, with participation from current investors, including Aspect Ventures, DBL Partners, and QED Investors. Founded out of New York in 2011, The Muse serves up advice, resources to improve skills, and coaching services — in addition to helping match candidates with employers. The career-focused platform isn’t just about potential employees selling their services though — firms can also use the website to sell themselves by showcasing their company culture. 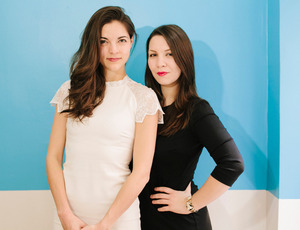 It was only a few years ago that I met Kathryn Minshew, Alexandra Cavoulacos, and Melissa McCreery through Y Combinator. They were three women who set out to make a career site for other young women like them with rich, photo-intensive profiles of employers featuring interviews with their teams. Today that site, The Muse, sees more than 3 million active users per month and Minshew says the company feels poised to compete against destinations like Glassdoor, Monster.com, and LinkedIn for their youngest users. So they’ve raised $10 million in Series A funding from Aspect Ventures, the firm that Accel’s lone female general partner Theresia Gouw left to create with Jennifer Fonstad, DBL Partners and QED. The company’s other seed investors include YC, 500 Startups, Tyra Banks, Great Oaks Ventures, Reddit co-founder Alexis Ohanian, Anjula Acharia-Bath, Chris Herrmannsen, the former CEO of Monster.com Europe, former Toys R Us CEO Mike Goldstein, and the former chairman of Hearst Magazines Cathie Black. 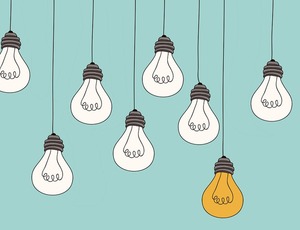 6 CEO Productivity Tips to Steal for Yourself

Everyone knows that leading a company is one of the toughest gigs around. Whether running a small business or a multi-national corporation, CEOs have to manage time, resources, and multiple demands while finding the time and head space to make decisions and plot strategies that will determine the course of their business. Which means that they’ve developed some master systems and tricks to maximize their productivity. So, why can’t we steal a few moves from their playbooks? Whether you aspire to run your own business or want to be more productive at your current job, check out this list of CEO-proven tips that you can apply to any facet of your life.