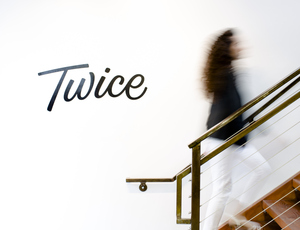 In a bid to attract more online shoppers to its secondhand shop, the online consignment store Twice is today introducing a new program that will allow consumers to trade in their unused gift cards from nearly two dozen retailers in exchange for store credit. That means shoppers will be able to use their cards from stores like Macy’s, J.Crew, Gap, Old Navy, Luluemon, Banana Republic and many more in order to buy items on Twice. The company says the cards can hold any amount, and consumers will receive 100% of their value as store credit on its site. For those with unused gift cards from stores with pricier merchandise, using the cards on Twice instead means you may be able to take home more items when you check out. For instance, a $50 J.Crew gift card might only get you one or two items at best, but on Twice, it could go much further.

Twice CEO Noah Ready-Campbell on building a business in the secondhand-clothing marketplace. Twice Launches Men's today, adding to their suite of product offerings from shoes, handbags, accessories and clothing. 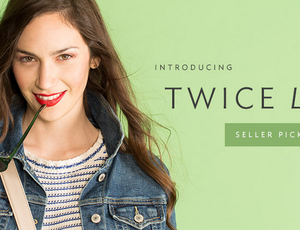 Online fashion marketplace Twice, which buys gently worn, quality women’s clothing from consumers then resells it via its own website, mobile and tablet applications, is today expanding into the offline world with the launch of a new service called Twice Local. Following a similar trend among “push button services” that allow you to call up everything from black cars to errand runners on demand, Twice Local sends someone to your home or workplace to pick up any garments you want to sell. 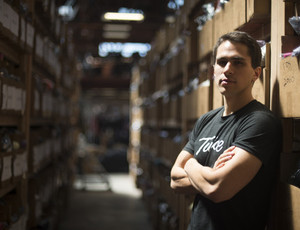 How I Built It: Startup Takes Second Look at Used Clothes

Noah Ready-Campbell and Calvin Young had an idea for a business. What they didn't have was merchandise. They needed at least 10,000 items of "lightly used women's clothing" to launch online marketplace Twice. So Mr. Ready-Campbell, a former associate product manager for Google Inc. GOOGL +1.06% 's AdWords, figured his former employer might be a promising place to start. In January 2012, he and Mr. Young, a former Google software engineer, paid to advertise on AdWords when users typed phrases like "sell my clothes online." Their ad: "Easier than going to Salvation Army, send us your bag of clothes and get cash up front." Within weeks, bags of clothing began showing up on the doorstep of the converted loft space in Oakland, Calif., where the two lived. The duo also shopped at thrift stores in the San Francisco area, spending roughly $40,000 of their capital investment to nab skirts, blouses and designer jeans. 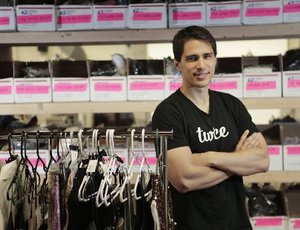 Want some real talk? The sharing economy isn’t actually about sharing. The buyer doesn’t care if they’re sharing, renting, bartering or buying — so long as they get what they want at a good price. And the seller just wants to make some cash, preferably without working too hard. Don’t believe me? Let’s look at a few of the leading companies in the space formerly known as the sharing economy. Airbnb? Okay, they let you share (or rent) your apartment — fair enough. Lyft? That one’s harder. You’re renting your car, but, more than that, you’re selling your time. And Uber, Lyft’s archrival, is simply a better interface to limousine and car services — a massive industry that employs hundreds of thousands of drivers and has existed for decades. 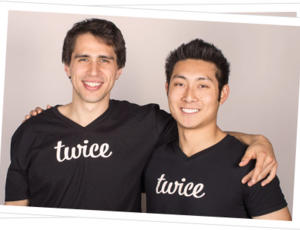 Twice, a marketplace for second-hand clothing, announced Thursday it has raised $18.5 million in a series B round led by Jeff Jordan of Andreessen Horowitz with participation from existing investors, bringing the total amount raised to $23 million.