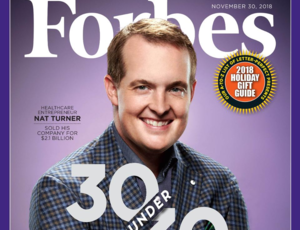 At 24, Two Entrepreneurs Took On Cancer. At 32, They’re Worth Hundreds Of Millions

In 2008, when he was 23, Nat Turner was on a hike in North Carolina with his 6-year-old cousin, Brennan Simkins. Brennan’s legs got weak, and the weakness kept getting worse. He turned out to have a rare and deadly pediatric leukemia that kept coming back after treatment. When Brennan needed a second bone marrow transplant, several hospitals refused to do it and his family was losing hope—until they found a specialist who would help. Exasperated, Brennan’s father asked Tur­ner: Why doesn’t one hospital know what others will do? Is there anyone collecting statistics? 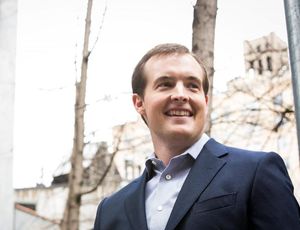 The Deeply Human Core Of Roche's $2.1 Billion Flatiron Health Acquisition -- And Why It Made It

Roche's recently announced acquisition of the oncology data company Flatiron Health for $2.1 billion represents a robust validation of the much-discussed but infrequently realized hypothesis that technology entrepreneurs who can turn health data into actionable insights can capture significant value for this accomplishment. Four questions underlying this deal (a transaction first reported, as usual, by Chrissy Farr) are: What is the Flatiron business model? What makes Flatiron different from other health data companies?

Alphabet-backed Flatiron Health is being acquired by Roche for $2.1 Billion

Swiss pharmaceutical giant Roche Group is buying Flatiron Health, an Alphabet-backed cancer-focused start-up founded by two former Google employees, according to sources familiar with the matter. The company will pay $1.9 billion, adding to its existing stake, for a total value of $2.1 billion. The company has confirmed the deal in a press release. Flatiron was valued at $1.2 billion when it raised its last round from Roche in 2016. Medical distribution giant McKesson was also interested in buying the company, sources say. Alongside Alphabet's GV (formerly Google Ventures), Roche is one of the biggest backers in Flatiron, having led the most recent venture round of $175 million in 2016. It already owned 12% of the company. As part of the deal, Roche agreed to acquire several of the company's software products, which was intended to put the company in a position to go public. 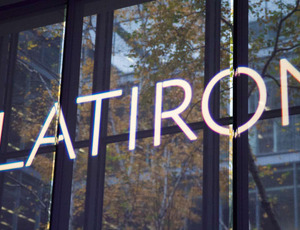 At Flatiron Health, Doctors And Developers Work On Cracking The Code For Better Cancer Treatment

Software Engineering Manager Kevin Hobson had only recently started his new job at the New York medical software company Flatiron Health when, in January 2016, his bosses flew him down to Florida. The trip wasn’t a mere perk: Hobson’s mission was to spend a day shadowing several medical professionals in an oncology clinic, Florida Cancer Specialists & Research Institute, in West Palm Beach. One of those professionals was Dr. Bobby Green, Flatiron’s SVP and a practicing oncologist at the Florida clinic. 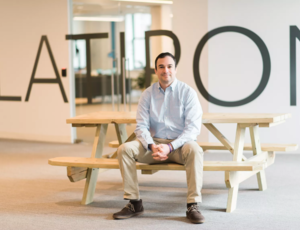 Groupon’s mergers and acquisitions lead is joining Flatiron Health, the company told Recode. Jason Harinstein will serve as chief financial officer for the cancer research and technology startup, which has raised more than $300 million in venture capital. The move marks a bit of a reunion. Harinstein had previously worked on acquisitions at Google, where he oversaw the purchase of Invite Media, an advertising startup founded by Nat Turner and Zach Weinberg. The two started Flatiron Health in 2012, and the company has raised roughly $320 million in funding from venture capital firms including Google Ventures, First Round Capital and Roche. 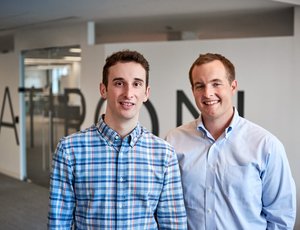 Two cancer companies that were backed by Google Ventures — now called GV — have teamed up for the second time to launch a health database filled with information from 20,000* people. Flatiron Health, a New York-based healthcare technology startup, 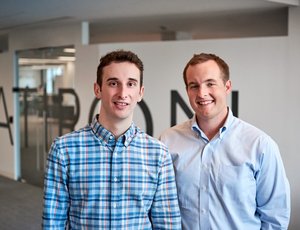 What it's like when Alphabet's venture arm invests in your startup — and helps grow it to a $1.2 billion company

After a year of working at Google, Nat Turner and Zach Weinberg were getting restless. The duo — which came to Google in 2010 after it acquired their company, Invite Media — was ready to start thinking about their next venture, doing research on the side and angel investing in other startups to see what worked and what didn't. They had never intended to stay at Google long, something they had made clear from the beginning.

Flatiron Health today announced an expansion of its relationships with Celgene Corporation and Amgen Inc. Through individual agreements, Celgene and Amgen will collaborate with Flatiron Health with the goals of accelerating clinical research, advancing personalized medicine and enhancing treatment options for cancer patients. In addition, Celgene Switzerland LLC and Amgen Ventures have invested in Flatiron Health’s recently announced fundraising round.

Even with some recent wobbles in the start-up world, big sums are continuing to roll into technology start-ups. Just a few days into 2016, Flatiron Health, a start-up that gathers and analyzes data on cancer treatments and sells software based on those insights, said it had raised $175 million in a funding round led by the pharmaceutical giant Roche. Flatiron declined to disclose its valuation. As part of the deal, Flatiron gets more than money. Roche will buy several of Flatiron’s software products, which are based on subscriptions, in a move that is set to expand the start-up’s stream of recurring revenue and better position it for a future initial public offering. The partnership between the two companies is nonexclusive, and Flatiron can continue to work with other pharmaceutical 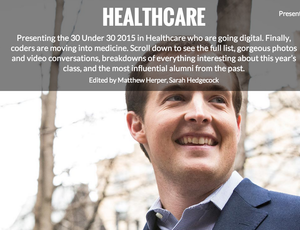 1) Nat Turner, 28. Cofounder, Flatiron Health. Vital medical data is often handwritten in charts using inconsistent notation and formatting, robbing researchers of the opportunity to use computers to analyze every interaction between a doctor and a patient as they would in a clinical trial. Tackling this problem is Nat Turner, a born entrepreneur who sold an earlier company to Google for a reported $81 million. 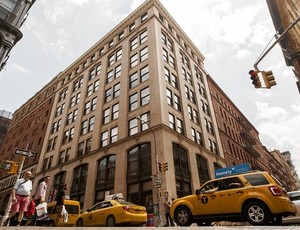 Flatiron Health Inc. is relocating its headquarters downtown to a much larger space in SoHo to accommodate a wave of recent hires, the firm's broker said. The health-care technology company signed a lease for 15,000 square feet on the top two floors of the 8-story building at 96 Spring St., according to Savills Studley, the real-estate firm representing Flatiron Health. The new space is five times the size of Flatiron Health's headquarters at 291 Broadway, at Reade Street. Savills Studley had a team of three working on Flatiron Health's behalf: Zev J. Holzman, corporate managing director; Paul Revson, executive managing director; and associate Ryan Rafter. Midwood Investment & Development owns the Spring Street property and was represented by Gus Field, vice chairman of Cushman & Wakefield Inc. 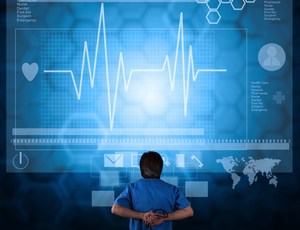 Digital Health Investments in the First Half Surpass All of 2013

Venture funds are pouring into digital health, with more than $2.3 billion of investments in the sector during the first half of the year — already surpassing the 2013 total. The eight biggest deals made up a third of the sector’s funding this year, according to the mid-year report by Rock Health, a San Francisco incubator and fund. Those deals included: NantHealth ($135 million), Flatiron Health ($130 million), Alignment Healthcare ($125 million), Proteus ($120 million), MedHOK ($78 million), Lumeris ($71 million), Zenefits ($67 million) and Doximity ($54 million). 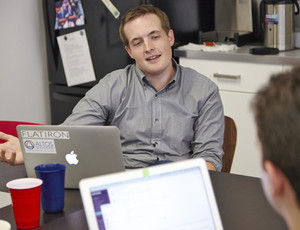 Nat Turner was working as a Google Inc. GOOGL -0.68% product manager when he learned that his seven-year-old cousin, Brennan, had been diagnosed with a rare form of leukemia. He observed the boy's dad traveling all over the country interviewing different cancer specialists about his son's case, all the while carrying stacks of DVDs and medical files, because medical specialists couldn't easily share information with one another. Brennan's treatment entailed initial misdiagnoses, and eventually four bone-marrow transplants that drove the disease into remission. Mr. Turner and his former University of Pennsylvania classmate Zach Weinberg, with whom he had founded Invite Media, an ad tech firm acquired by Google in 2010 for $81 million, began building a new business gathering data on cancer treatments and outcomes over time. Vast amounts of data sit in doctors' and nurses' notes, unused, that might lead to insights about treatment efficacy, they figured. 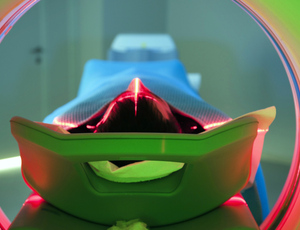 There are more than 13 million people living with cancer in the United States, according to the National Cancer Institute, but researchers and doctors hoping to develop better treatments can only learn from a tiny percentage of them, according to Nat Turner. Along with Zach Weinberg, Turner is a co-founder of Flatiron Health, a two-year-old healthcare technology company based in New York and best known for recently raising $130 million in an investment round led by Google Ventures GOOG 1.07% . Turner believes that his company’s “cloud-based data platform” for oncology can help gather data on a disease that affects 1 in 2 men and 1 in 3 women. Despite more than a million cancer diagnoses in the U.S. each year, the field lacks sufficient data to improve treatment of it, he said. 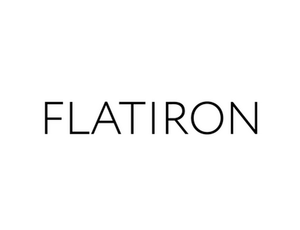 Google Ventures has made its largest medical software investment yet, providing the bulk of a $130 million financing for Flatiron Health Inc., which aggregates cancer-patient data from a wide variety of sources to help doctors make treatment decisions. First Round Capital, Laboratory Corporation of America and angel investors also contributed to the Series B financing, which will partially be used to acquire electronic medical records company Altos Solutions Inc. Valuation was not disclosed. 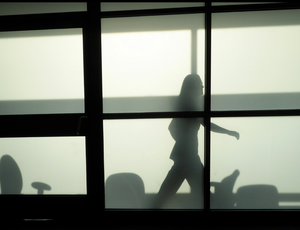 Flatiron Health, a startup that organizes real-time oncology data to help cancer patients and doctors, has raised $130 million in Series B funding led by Google Ventures, with participation from First Round Capital, Laboratory Corporation of America, and angel investors. Part of the capital will be used to acquire Altos Solutions, an electronic medical records company. The funding, which brings Flatiron Health’s total raised so far to $138 million, is significant for Google Ventures because it represents the firm’s largest investment so far in a medical tech startup, according to the WSJ. 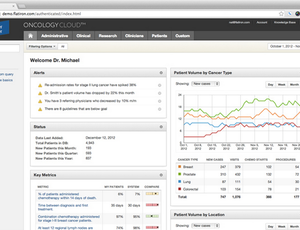 Watch Out Cancer, Big Data is Coming For You

Big data may finally get a chance to show its real power and help doctors with a devastating problem: cancer. Today, big data company Flatiron Health picked up $130 million in new funding. Google Ventures led the round, with First Round Capital, Laboratory Corporation of America, and angel investors also participating. The company also disclosed that a good chunk of the funding is being used to acquire Altos Solutions, a company that provides electronic medical records, although terms were not disclosed.