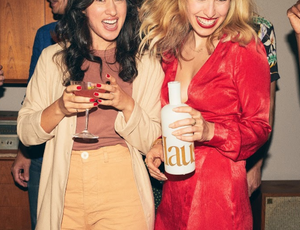 Co-founders Helena Price Hambrecht and Woody Hambrecht, who are married, have also secured $4.5 million in seed funding to fuel their bid for a more laid back and less alcohol-centric way to party, starting with a 15 percent ABV (alcohol by volume) citrus and flower-flavored aperitif. For comparison, most hard liquors are between 35 and 45 percent alcohol. Wine averages at 11.6 percent. Members in New York City, San Francisco, Seattle, Portland and Denver can now sign up for a monthly shipment of either six bottles per month for $144, two bottles per month for $63 or one bottle per month for $35. Unlike most wine clubs, it’s free to join. 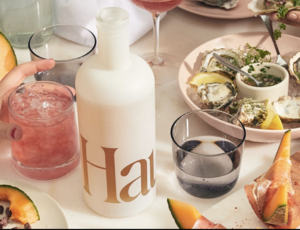 A little over a month ago, the New York Times had a hot take—”The Aperol Spritz Is Not a Good Drink“—and an online firestorm ensued. For many, this was blasphemy. The Aperol Spritz—a cocktail containing prosecco, soda, and the eponymous Italian aperitif had become a holy rite of summer—mostly, as it turns out, because Campari, Aperol’s parent company, had made it so with some genius guerrilla marketing. The Times, it seemed, was impugning millions of summer-loving people’s alcoholic sensibilities. Those who read the entire article (which I’m guessing most did not) were met with a slightly different thesis than the headline implied. The idea wasn’t that the Aperol Spritz is always and completely bad, but that the version most often served in millions of bars around the world is a saccharine syrup bomb that could be so much better. This fervor, perhaps unintentionally, highlighted an emerging trend: Aperitifs, long part of cocktail culture in Europe, are catching on in the United States.