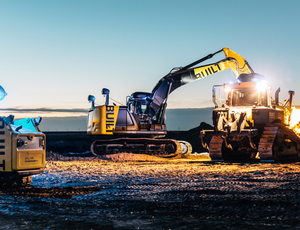 Built Robotics, a company aiming to make construction equipment autonomous, is announcing a $33M Series B round this morning. With the construction industry facing a global labor shortage, Built’s aim is to allow one equipment operator to oversee a fleet of vehicles working autonomously in parallel, hopping in the cab only for tasks the machine can’t handle. Rather than building its own vehicles, Built focuses on converting the popular construction equipment thats already out there. They sell a kit that straps to the top of things like excavators, bull dozers, and skid steers, taking tech like LIDAR, GPS, and WiFi and meshing them into the machine’s innards to give it autonomous smarts. They sell the conversion boxes to other companies, help them get installed, then charge a usage fee whenever the machines are in autonomous mode. 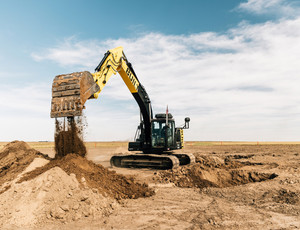 I’ve never had a meeting quite like the one I had with Built Robotics. Within about 10 minutes of meeting Built’s co-founder Noah Ready-Campbell, we’re steering an 80,000-pound construction excavator around what is basically his company’s back yard. He wants me to see what it’s like to drive one; how much skill and finesse it takes to safely and efficiently move mountains of dirt around with this massive machine. The answer? Lots. That’s why his company wants these machines to drive themselves. Built is taking the concepts and technology that others are using to build self-driving cars and adapting them for a whole different vertical: construction. 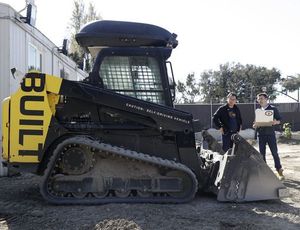 As a teenager working for his dad's construction business, Noah Ready-Campbell dreamed that robots could take over the dirty, tedious parts of his job, such as digging and leveling soil for building projects. Now the former Google engineer is turning that dream into a reality with Built Robotics, a startup that's developing technology to allow bulldozers, excavators and other construction vehicles to operate themselves. "The idea behind Built Robotics is to use automation technology make construction safer, faster and cheaper," said Ready-Campbell, standing in a dirt lot where a small bulldozer moved mounds of earth without a human operator. The San Francisco startup is part of a wave of automation that's transforming the construction industry, which has lagged behind other sectors in technological innovation. Backed by venture capital, tech startups are developing robots, drones, software and other technologies to help the construction industry to boost speed, safety and productivity. 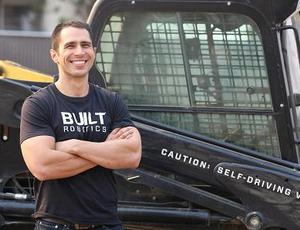 The company just raised $15 million in a funding round led by NEA, which will go toward hiring engineers and getting the product ready for commercial adoption. Peter Thiel's Founders Fund is also an investor. CEO Noah Ready-Campbell said it's too soon to say how the technology will be priced. He's optimistic that there are multiple ways to make money, whether it's selling the sensor kits to companies like Caterpillar and John Deere for their machines, selling to contractors for retrofits or renting out the technology for projects. 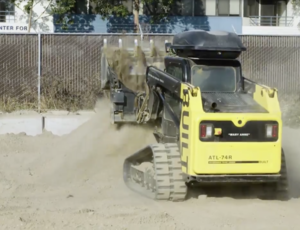 This Robot Tractor is Ready to Disrupt the Construction Industry

ZIPPING AROUND LIKE a bumblebee, the little black-and-yellow tractor claws its bucket into one of San Francisco’s few vacant lots, kicking up a puff of dust. Payload secured, it backs up—beep, beep, beep—whips around, and speeds to its dirt pile, stopping so quickly that it tips forward on two wheels. It drops its quarry and backs up—beep, beep, beep—then speeds back to its excavation for another bucketful. Atop the tractor is, of all things, a cargo carrier, like one you’d put on your car. But instead of carrying camping gear, it’s packed with electronics. Because no one is sitting in this Bobcat tractor—it’s operating itself, autonomously zipping around a lot lined with 4,500-pound concrete blocks. You know, for the safety of the community.