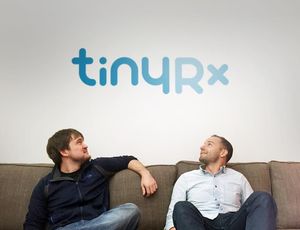 A number of investors, including Joe Lonsdale’s new fund 8 Partners, Google Ventures and StartX have added $5 million in initial funding to prescription delivery startup TinyRx. Several early employees from well-known startups such as Google and Airbnb also hopped into the round. TinyRx plans to use the money to build out the business and take on bigger chain pharmacies such as Walgreens and CVS. However, it’s not without competition in this endeavor. Other startups such as PillPack and Zipdrug aim to do the same thing. Zipdrug is just in New York City for now. Not much competition for TinyRx, which only covers the Bay Area at the moment. However, PillPack will mail your prescription to you in all 50 states now. TinyRx differentiates itself here by finding the best price on medications and then hand-delivering your meds instead of mailing them to you like PillPack does. It also works with the pharmacy, whereas PillPack is the pharmacy.