More than a million pair of glasses have been distributed through Warby Parker’s Buy a Pair, Give a Pair program that launched with the company in 2010. Speaking with co-founder and co-CEO Neil Blumenthal, he said this announcement comes with a big thank you. “It’s a big milestone — so a thank you to our customers, a thank you to our nonprofit partners. Seven-hundred million people throughout the world need glasses and don’t have access to them so this is really a first step,” Blumenthal said. “I think that gives us more confidence that this is a solvable problem and we need to get more people involved.” 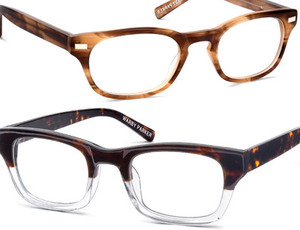 Earlier this month, Fortune reported that trendy eyeglass maker Warby Parker had raised $60 million in new venture capital funding from existing investors. Now comes word that the round came at a valuation of approximately $500 million. This is around double where Warby Parker was valued when it last raised money, a two-part $41.5 million Series B round that included closes in both September 2012 and January 2013. Tiger Global Management led the new investment, and was joined by return backers like General Catalyst Partners, Spark Capital, Thrive Capital and First Round Capital. New York-based Warby Parker has raised a total of $116 million since being founded in 2010.