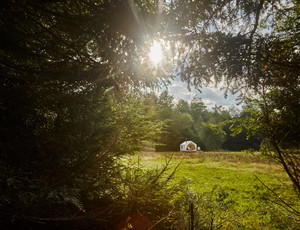 Tentrr is turning private land into glampgrounds, with the help of VCs

Venture capitalists certainly appreciate the startup’s pitch. Tentrr — founded by one-time investment banker turned former NYSE managing director Michael D’Agostino — has raised $13 million to date, including a newly closed $8 million Series A round led by West, a San Francisco-based venture studio that both funds startups and helps them market their goods and services. No doubt the investors are looking at the overall market, whose numbers are compelling. According to one trade association, for example, the outdoor recreation industry represents an $887 billion opportunity, with Americans shelling out $24 billion annually on campsites alone. 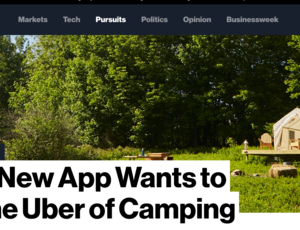 This New App Wants to Be the Uber of Camping

According to a report by the Outdoor Foundation, Americans log 598 million nights a year under the stars. At an average of $40 in expenses and fees per night, that’s $24 billion spent on campsites alone. Add in all the related costs—gear, transportation, food—and the Outdoor Industry Association figures the industry generates closer to $167 billion annually. But former investment banker Michael D’Agostino, who grew up camping on a farm in Litchfield, Conn., still calls the industry a broken business. The tipping point came a few summers ago, when D’Agostino found himself on vacation “directly across from a campsite of 40 people at a Wiccan convention: robes and UFO spotters and streaking and all.”