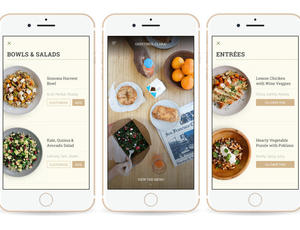 In 2013, meal delivery service Sprig launched in San Francisco with one simple goal: making it easy to eat well. The creation of tech entrepreneurs, not restaurateurs, the service launched with just three meal options a day, available only at dinner and ordered through an app. The high-quality, healthy meals typically included a protein and a few sides and were delivered to wherever you were in roughly 20 minutes. If you weren’t interested in one of the three meals, then you weren't interested in Sprig, at least that night. 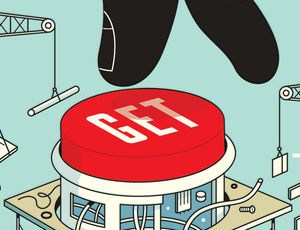 "What do you think about ‘Lyft for food’?" In 2013, Gagan Biyani was working as what techies like to call a "growth hacker" at the ride-hailing company Lyft—his job was to help launch its service in Los Angeles, Lyft’s first market beyond San Francisco—when a childhood friend, Neeraj Berry, asked him if he’d be interested in applying Lyft’s blueprint to another type of service. 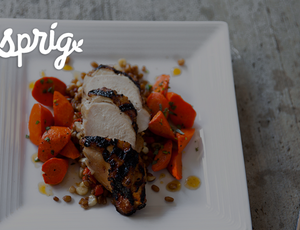 Sprig, a food delivery service that specializes in healthy on-demand meals in San Francisco, has raised $45 million in a funding round led by Social+Capital and Greylock Partners. The company plans to expand to the remainder of the Bay Area and Chicago in the coming months, and then more cities by the end of 2015. Sprig’s menu is limited, but is supposed to arrive no later than 20 minutes after someone places an order, and usually costs around $10. Sprig prepares all the food in its own kitchen run by several high-profile chefs. Many on-demand services, such as Sprig, have seen intense interest in recent months from the venture capital community. Shyp is raising $50 million at a valuation greater than $250 million. Postmates is expected to raise a large funding round. And Instacart, an app that lets users order groceries and delivers them, raised $210 million in December. 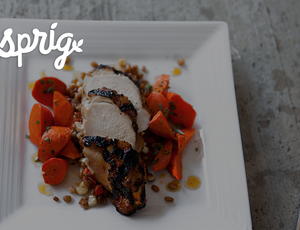 San Francisco-based healthy food delivery startup Sprig is expanding its hours and coverage area, making meals available to customers on weekends and in new parts of the San Francisco Bay Area. It is also adding an Amazon-Prime like option for heavy users to pay a flat monthly subscription fee for deliveries. Sprig launched a little more than a year ago to offer healthy, easy-to-order meals on demand in San Francisco. Via mobile app, customers chose from a limited menu of food options which would be delivered to them in 20 minutes or less. In addition to fast delivery, Sprig also had the advantage of a relatively low cost, with meals generally priced at $10 or less. 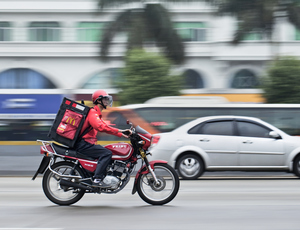 I was trying to understand why food startups are so hot when I ran across the following two charts. In the image, you’ll notice that I circled a line labeled “P/E.” In the language of finance, P/E is short for “price-to-earnings ratio,” which is the relative value of a company’s stock price to its profitability (aka earnings). When a company enjoys a high stock price yet barely turns a profit––like Amazon––it shows in the P/E ratio. This typically happens when investors think the company will grow and reap huge profits down the road at some later date (or that someone else will pay an even higher price later on). Generally speaking, having a high P/E ratio means that investors like you and believe that you have a bright future.

Growing up, Gagan Biyani wanted to be a lawyer. Thank goodness he got over that because the 27-year-old entrepreneur is now CEO and co-founder of Sprig, a San Francisco start-up that in three taps of an iPhone or Android brings a fresh, sustainable lunch or dinner to the doorstep of anyone within its ever-expanding delivery circle. The seasonal and locally sourced meals are the creation of former Google executive chef Nate Keller who aims to source his ingredients from within a 150-mile radius of Sprig. Sprig uses organic produce as well as antibiotic-free, hormone-free meat. Recent Sprig offerings include rainbow chard and ricotta pie, grilled bavette steak with cherries, and cauliflower macaroni and cheese. Among our favorites are the Valrhona chocolate cremeux that look like tiny terrariums with edible flowers, dark chocolate soil and pistachio moss all tucked into a clear container the size of a ping pong ball. The bite-sized desserts are largely the work of Jessica Entzel whose resume includes stints with chefs Masaharu Morimoto, Gordon Ramsay and Wolfgang Puck. 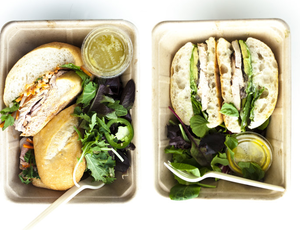 New to San Francisco's lunch hour, meal delivery service Sprig on Tuesday emerged from a weeklong beta spent delivering midday meals to hungry workers in the city. Previously, Sprig only provided dinner service. "We've always known Sprig would be about every meal, not just dinner," cofounder and CEO Gagan Biyani told Fast Company ahead of its beta test. Sprig is taking a different approach to lunch than it does to dinner. Instead of delivering hot meals, the company opted for quick and easy recipes: sandwiches, salads, and wraps delivered in 10 minutes or less. "It's a different menu, which allows you to get your food even quicker," Biyani said. 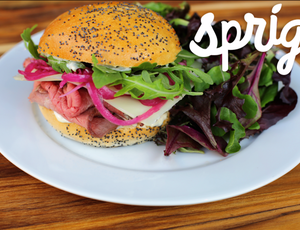 Sprig Tries To Eat SpoonRocket’s Lunch By Delivering Its Own

Hope you’re hungry. Gourmet, on-demand dinner delivery service Sprig today expanded to start serving lunch, just as we wrote it would a few days ago. The soft-launch of lunch includes service to several districts of East San Francisco from Monday to Friday. The move puts Sprig in direct competition with SpoonRocket, which also delivers on-demand lunches and dinners — a space we expect to heat up this year. 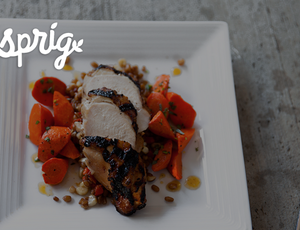 SpoonRocket is about to have some competition in the lunch on demand market. Sprig, currently dinner-only, will soon start serving lunch, according to a source who said Sprig now delivers 1000 meals per day. Sprig just raised a $10 million Series A two weeks ago, and is wasting no time in ramping up the fight for our stomachs. With this info, I called Sprig CEO and co-founder Gagan Biyani and he confirms Sprig is working out logistical details to start delivering lunch. He said it could be ready to go as soon as Monday but the company typically makes decisions last-minute and will launch lunch when it’s ready. Before we go any further, these meal delivery services are the most magical-feeling startups I’ve experienced since Uber and Lyft. 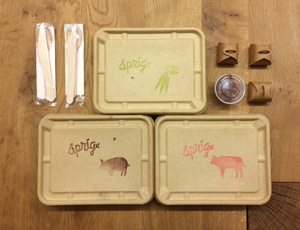 Sprig Raises $10M From Greylock To Bring Healthy, Inexpensive Meals To Your Door

Sprig, a food delivery service that brings healthy, inexpensive meals to San Francisco residents’ doors, has raised $10 million in Series A funding from Greylock Partners with Battery Ventures and Accel participating. As part of the funding, Greylock partner Simon Rothman is joining Sprig’s board, and we’re told the investment is the first one from Greylock’s $100 million marketplace initiative announced last year. 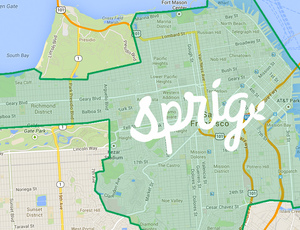 “The future is delicious”: Greylock’s $10 million bet on Sprig is the biggest validation of the food prep space yet

Sprig, the food preparation and delivery startup co-founded by the former President of Udemy and former Head of Growth at Lyft, announced huge news today. It has raised $10 million in a round led by Greylock Ventures, with newly promoted partner Simon Rothman joining the board, and participation from Accel Partners and Battery Ventures. Greylock’s investment represents big things and not just for Sprig. It’s eight figure validation of the nascent food preparation and delivery startup realm as a whole. Some have suspected that this area is the next sector to be revolutionized, Uber-style, by the advent of smart phones. But until now, there’s been no big name investors throwing their weight behind the theory.

With $1.2 Million In Seed Funding, Sprig Launches To Bring Fast, Healthy Meals To SF Eaters For $12 Each

It seems like every day there’s a new food delivery service launch, each seeking to connect a large and growing number of hungry customers with high-quality meal choices. While the way each tries to approach the market and handle demand differs, it’s clear that there’s huge interest in revolutionizing the way that food is sourced and delivered. So anyway, here comes Sprig, yet another food delivery service with an interesting new approach to the market. With its own executive chef and delivery team, the service officially launched in some select neighborhoods of San Francisco earlier this week, seeking to make available a few interesting meal choices each night for about $12 each.