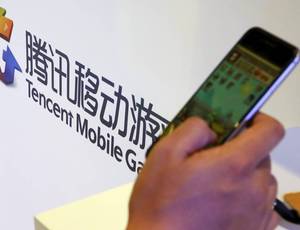 Chinese Internet company Tencent Holdings Ltd. has taken a roughly 20% stake in U.S. mobile-games startup Pocket Gems Inc., people familiar with the matter said, its latest effort to expand its mobile offerings in China though tie-ups with overseas game developers. Tencent is paying $60 million for the stake, the people said, and will take a seat on the Pocket Gems board. The deal follows Tencent’s $126 million purchase of a 14.6% stake in U.S. mobile-games company Glu Mobile Inc. last month. In December, Tencent bought a minority stake in Japanese game developer Aiming Inc. for an undisclosed amount, while in May 2014 it spent $500 million for 28% of Korean mobile games companyCJ Games Corp.

In a unique deal that brings some cool brands together, Pocket Gems is partnering with Comedy Central to turn the Ugly Americans animated television comedy series into interactive stories. Those stories will appear as tales on Pocket Gems’ Episode mobile storytelling platform, which has become a format that is well-suited for the way that people are consuming mobile entertainment. 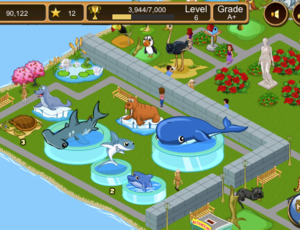 Most of the buzz around casual gaming may be focused on Facebook, but it’s also becoming a powerful phenomenon on the iPhone, where some companies like ngmoco have managed to turn their free applications into revenue powerhouses fueled by virtual goods and in-app purchases. Another startup that’s done particularly well with this model has been Streetview Labs, the company behind hits like Tap Farm and Tap Zoo. Today, the company is announcing that it’s closed a $5 million funding round led by Sequoia Capital, with participation from Michael Dearing (formerly of eBay, currently an associate at Stanford University’s Institute of Design), Jeff Fluhr (founder/CEO of StubHub), and Omar Hamoui (founder of AdMob). As part of the deal Sequoia’s Jim Goetz will be joining the startup’s board.